Shark cage diving involves a large steel cage being lowered into the water, either next to the boat or on a tether, for individuals wishing to experience and learn about Great Whites up close. These individuals brave the cold water and often-poor visibility for the opportunity to get close to one of the most awesome and majestic predators. They are presented with a rare opportunity to learn and to dispel myths, about these creatures. The experience often challenges preconceived notions about Great Whites being simply mindless monsters.

There is no other method to safely view Great Whites underwater. Great Whites cannot be kept in captivity successfully. Without Great White tourism and shark tour operators, Great Whites would continue to be surrounded in myth and irrational fear, with movies like “Jaws” being our main point of reference.

I personally believe that cage diving is helping to save Great White Sharks by debunking many of the misunderstandings that surroun this shark. Without Shark Cage Diving, few people would be able to witness this magnificent apex predator in its natural environment. I have been on many shark cage diving excursions, and the majority of participants express absolute awe of the creature. Those fortunate enough to witness a breach are overwhelmed by their experience.

Personal interactions and experience, together with a high level of understanding and knowledge imparted by the ship’s crew, allow individuals to better understand the role and importance of apex predators in our oceans, and many go away with a changed mindset. 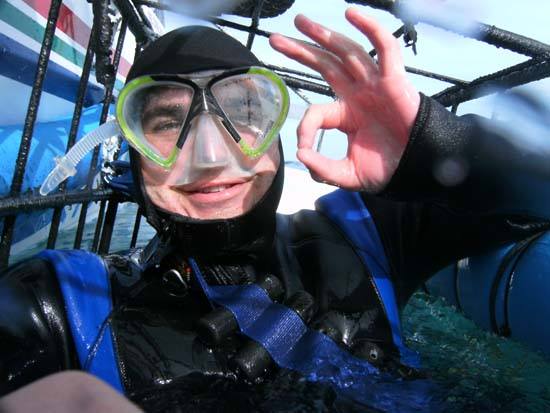 Personal interactions and experience, together with a high level of understanding and knowledge imparted by the ship’s crew, allow individuals to better understand the role and importance of apex predators in our oceans, and many go away with a changed mindset.

Cage diving is currently practised off the coasts of South Africa, Australia and Mexico’s Guadalupe Island. Shark operators commonly chum the water with shredded fish and oils to draw in sharks for tourists and scientists to view and study. A fish head attached to a rope is also used as bait; the head is pulled away to keep the shark interested in the boat.

In South Africa, this practice is limited to the Gansbaai and Mossel Bay Areas. Operators in False Bay are more strictly controlled and are not allowed to use chum, so they use tuna heads and seal decoys as bait to attract sharks to the boat.

The practice of cage diving has raised fears that sharks may become more accustomed to the presence of people in their aquatic environment, and that they may begin to associate human activity with food, perhaps leading to an increase in the number of attacks on humans. Cage-diving detractors also maintain that the reason for attacks is that the sharks become conditioned to associate humans with food. Their reasoning, however flawed, is based on the idea that when a shark finds a human in the water, it will be expecting food, and this will cause it to attack the swimmer or surfer.

South Africa is at the forefront of this debate because of the tremendous growth of cage diving in the Western Cape over the last 15 years. The Worldwide Fund of Nature (WWF), formerly known as the World Wildlife Federation, has conducted extensive research on this issue and reports that there is no scientific link between cage diving and shark attacks. The Shark Trust, based in the United Kingdom, concludes the same from their research, stating that not enough evidence is available, especially because most attacks take place away from cage-diving locations. The City of Cape Town, which has also conducted its own research since 1998, concurs that linking shark attacks to cage-diving practices is purely hypothetical.

An exhaustive study conducted by doctoral student, Alison Kok, as part of the Save Our Seas Foundation’s White Shark Project, shed valuable light on the subject. Kok investigated the impact of chumming on White Sharks, to see whether the sharks were being conditioned by the cage-diving boats. Her research suggested that the ecotourism activity like cage diving has a limited impact on the behaviour of White sharks. Tagged animals in the experiment displayed a near ubiquitous trend in decreasing response to the chumming boat with time, contrary to what was expected. Even sharks that frequently acquired food rewards stopped responding to the boat after several interactions. No positive conditioning to the boat was observed in the study. It also demonstrated that White sharks are not simple-minded eating machines and frequently ignored chumming and baiting activities. 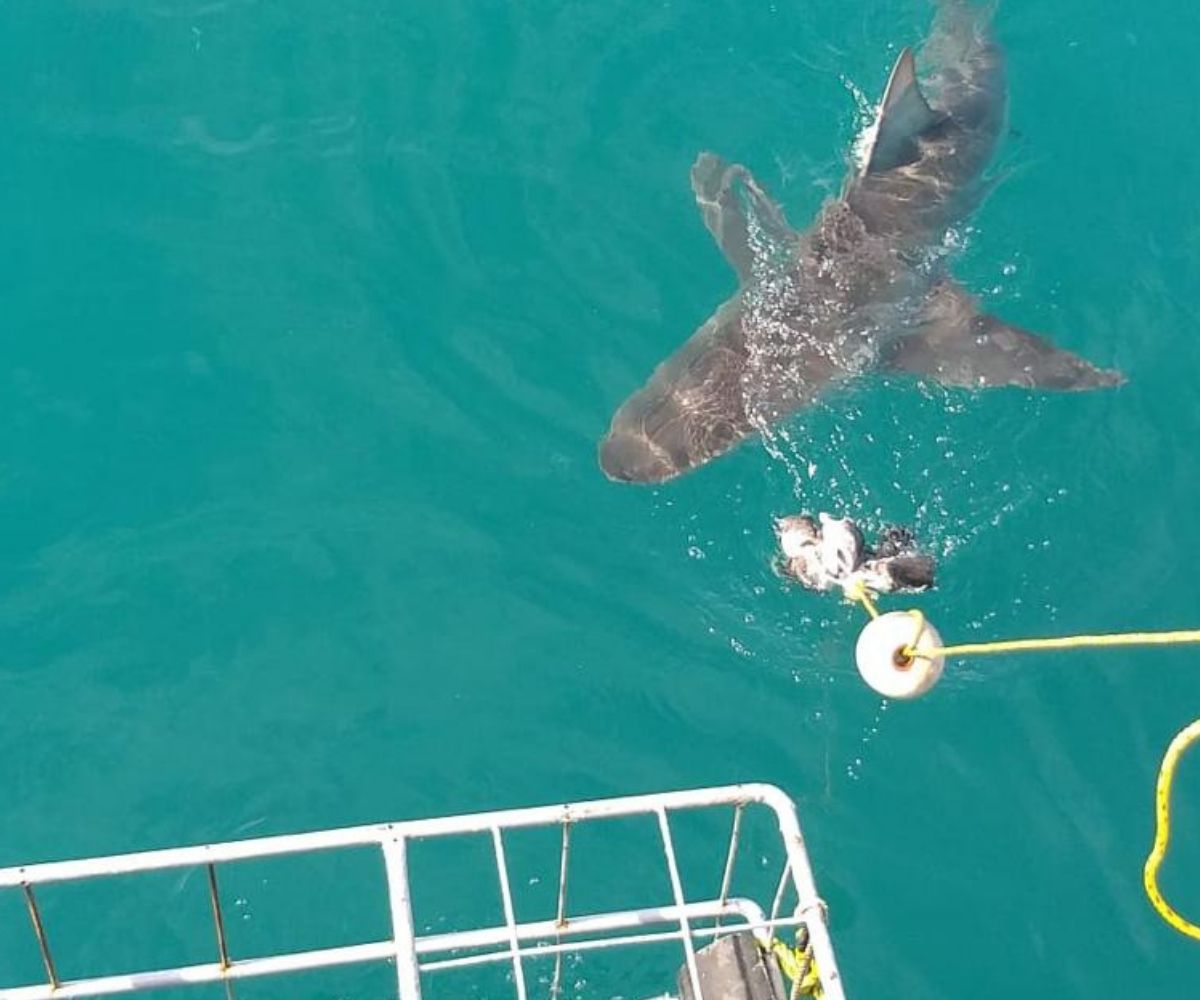 Keeping a White shark interested and around the boat can be a challenging task, as these sharks quickly lose interest in decoys and baits.